One need to log in to the website of the Promotion. If you do not have the login details, you should register on the website first of all. After logging in on the Promotion site, participants can place bets on any esports events and simultaneously take part in the Promotion. The stake must be at least 254 LKR with odds of 1.4 or more. The offer consists of five stages, each with a prize draw. So, to complete the first stage, participants need to place a bet on an esports event as indicated in Paragraph 1.2 If a bet wins, it is automatically entered in to the prize draw for the first stage. If the next bet also wins, it is entered in to the second stage prize draw. The participant thereby takes part in the prize draw at every stage.

If a bet loses, the participant is not included in the next prize draw. However, the next time he/she gets a winning bet, the winning streak is resumed: it is not reset after placing a losing bet. By completing all five stages, participants take part in all five draws. The winners will be selected using the random.org service and announced on the official Twitch channel 1xBet Esports on April 30. 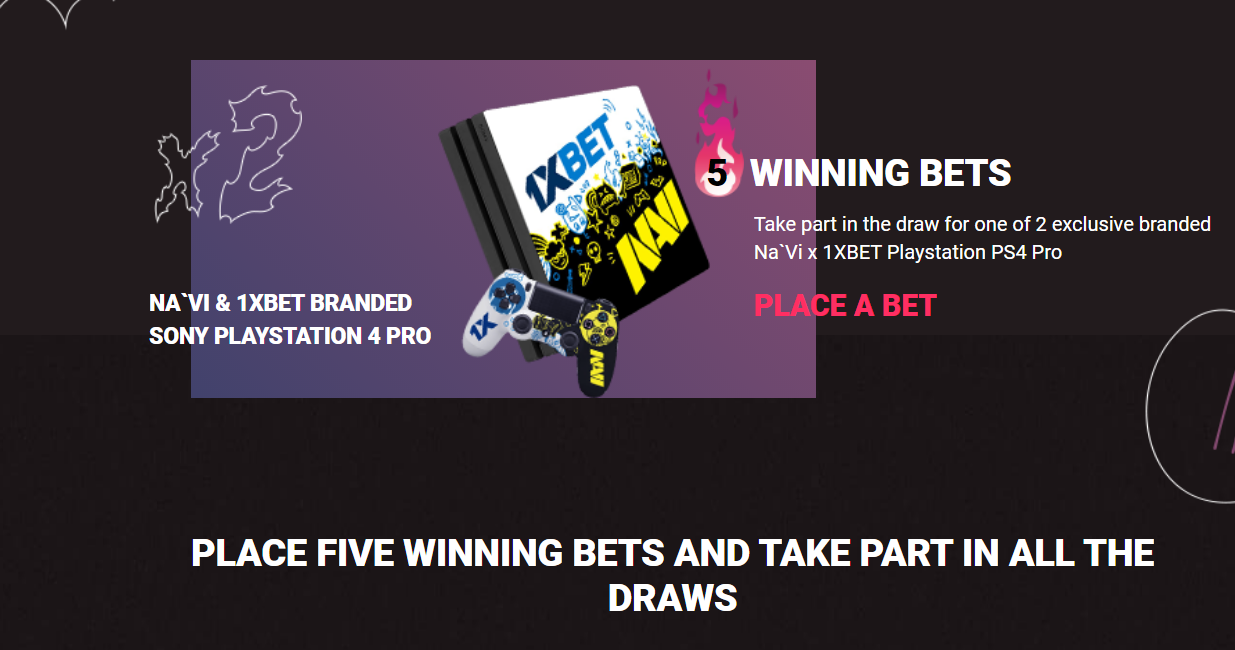