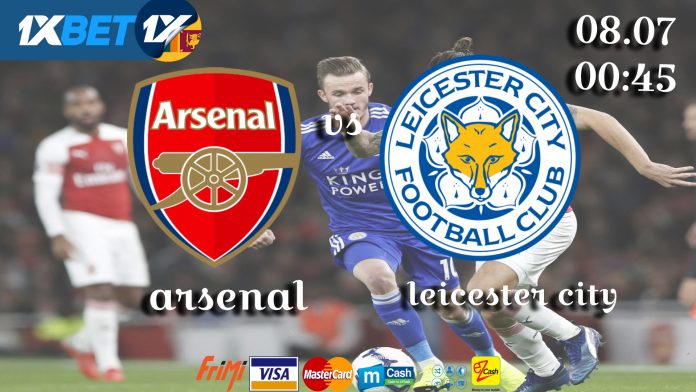 Arsenal earned a battling 2-0 win at Wolves over the weekend to move them to within six points of the top five. Having won their last four, they’ll be confident of extending that streak against third-placed Leicester.
The Foxes picked up their first post-lockdown win with a 3-0 victory over Crystal Palace to reignite their push for a top four finish. Now just three points above Manchester United in fifth, they need to continue their momentum to secure Champions League football next season.
Leicester are winless in five on the road and having lost their last nine visits to Arsenal, the Gunners could earn a fifth straight competitive win here.